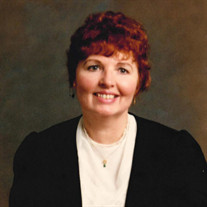 Barbara Jean Desmond departed this earth to live with her Lord and Savior on Friday, November 22, 2021 at the age of 88. Known to her family as "Jeanne" and to most of her friends and coworkers as "Barbara," she was always a loving mother, dedicated worker, and devout friend. Though times were not easy in Berwyn, Illinois in 1933 where Jeanne was born to Frank and Mary Tistle, she led a happy charmed childhood with younger brother, George. Her beautiful smile and curly red hair were enhanced by her enchanting singing voice. Singing with her friend Carol on the local radio and television stations was one of her fondest memories. Singing at the USO Show to entertain the troops in 1950 was how she met her future husband Dan Desmond who was in the Navy at the time. Six years and 4 children later, she was very proud of her accomplishments including her "PHT" (Putting Him Through) degree awarded to her from the University of Massachusetts, Dan being the first person ever to graduate from there in 4 years with 4 children made possible by the dedicated mother of his children. The military and work necessitated many moves including California, Massachusetts, New Jersey, Pennsylvania, Maryland, Illinois, and back to Pennsylvania. Busy with 4 children and only one vehicle during early motherhood, she still found time to sing in the church choir and study Astrology. When the children got older, Jeanne was a valued employer of Prudential Insurance Company and retired from there in 1987. After retirement she moved to Knoxville, Tennessee where some of her grown children lived. In Knoxville she worked for the University of Tennessee and also did free-lance work typing and editing papers for many grateful students. Her final move on earth was made in 1992 to Florida where her other children lived. Living and maintaining her own home in Palm Coast, Jeanne was a prolific writer of poetry and journals, painted, became proficient on a computer, and visited with the children, grandchildren, and great-grandchildren that lived in the area as well as traveling back to Knoxville for visits. Our beloved mother is survived by her children Kevin (Mary) Desmond of Knoxville, TN, Jeff (Cheryl) Desmond of Jacksonville, FL, Pam (Len) Suder of Palm Coast, FL, and Mike (Jamie) Desmond of Franklin, TN. She will be greatly missed by her seven grandchildren (Jennifer Cline, Jessica Turnbill, Ryan Desmond, Stephanie Dvorznak, Nicole Mele, Lauren Shannon, Aaron Desmond), and eleven great-grandchildren. Also survived by her brother George (Arlene) Tistle and many neices and nephews that she adored. Though we are terribly saddened to lose our family matriarch that was always anxious to give her opinion and guide us, we know that she is in a better place. Having a strong relationship with God and knowing that she would one day be singing with the angels, made her passing easier for her and for those of us left to mourn. The family will receive friends from 12:00 to 1:00 at Concord United Methodist Church on Roane Drive in Farragut, TN followed by a Christian service led by pastor Wil Cantrell. Jeanne's final resting place will be in Pleasant Forest Cemetery on Concord Road in Farragut.

Barbara Jean Desmond departed this earth to live with her Lord and Savior on Friday, November 22, 2021 at the age of 88. Known to her family as "Jeanne" and to most of her friends and coworkers as "Barbara," she was always a loving mother,... View Obituary & Service Information

Barbara Jean Desmond departed this earth to live with her Lord...

Send flowers to the Desmond family.