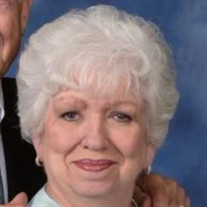 Betty Joyce (Gibbs) Spurling, age 81, of Knoxville, TN and deacon of Central Baptist Church of Bearden succumbed to respiratory distress due to COVID in the home she built with her husband Bob, who was by her side for more than sixty years, on Christmas evening. She is preceded in death by her two sons, Rob and Kevin, her sister, Phyllis Dorton, brother, James Gibbs, and her oldest grandson, Kameron Kreeger. She is survived by Bob, her two daughters Kathy (Jeff Albritton, MAJ. (R) USARMY) and Kimber (Roukue Jones); her bothers, Bobby (Terri) and Harry (Deanna) Gibbs, her sister-in-law, Helen Locke, seven grandchildren, five greatgrandchildren, and at least twice as many nieces and nephews including: Amber Albritton (Chad Reiman, LTC(R) US Army Special Forces) and their three children Gabriel (United States Air Force Academy), Hannah Grace, and Annabeth Reiman; Ashley Albritton (Roy Wise) and her son, Mason Andrew Albritton; Alissa Albritton (Jimmy Sellers) and their son, Jackson Daniel Sellers; Katelyn and Kevin Kreeger, Cameron Jones. When she was fourteen, she took tickets at the Tennessee Theatre. It wasn’t long after that she began working in small banks in Jefferson City and Greeneville. Making a fine impression everywhere she went, she began working in the registrar’s office and then for the President of Carson Newman University (College). When Bob’s engineering profession with Magnavox Phillips transferred the family, she began working at First Tennessee Bank, where she remained employed for more than forty years. At Central, she was a three-time elected deacon; she organized and coordinated the First Tennessee’s Annual Retiree’s Luncheon, was a dedicated greeter, money counter, bereavement committee member. She volunteered with the foreign missions’ literature team, the supper club committee, special events, and belonged to her Sunday School for more than thirty years. As a favorite pastor put it, “Betty’s fingerprints are all over that church.” In her neighborhood, she held many stewardship positions, and held the Hospitality Chair for the West Knoxville Chamber meetings. The Bible tells us that we will do and say what we believe in our heart. She always had a good word for everyone, and above all, a heart of Service. A celebration of Betty’s life will be held when everyone can be together in a healthier environment. Please consider a donation to Central Baptist Bearden, 6300 Deane Hill Drive, Knoxville, TN 37919 in Miss Betty’s honor as she dearly loved her church fellowship. Online condolences may be sent to www.rosemortuary.com. Arrangements provided Rose Mortuary Mann Heritage Chapel.

Betty Joyce (Gibbs) Spurling, age 81, of Knoxville, TN and deacon of Central Baptist Church of Bearden succumbed to respiratory distress due to COVID in the home she built with her husband Bob, who was by her side for more than sixty years,... View Obituary & Service Information

The family of Betty Spurling created this Life Tributes page to make it easy to share your memories.

Send flowers to the Spurling family.