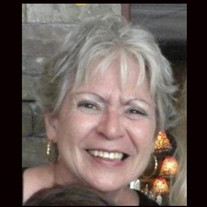 Carolyn Rhodes Lowe, beloved mother and grandmother, passed away November 8, 2021, peacefully in her home surrounded by her family. She was 79 years old. Carolyn was born to Louis and Anne Rhodes April 13, 1942, in Knoxville, TN. She graduated from Knoxville Catholic High School in 1960. Carolyn was a hard worker and retired from Home Federal Bank after dedicating over 30 years of service as an Operations Supervisor. She was a devoted mother to three daughters and “Nana” to 12 grandchildren. Carolyn was a woman of strong faith - which guided her throughout her life. She was a founding member of St. Albert the Great Catholic Church in Knoxville. Carolyn had a heart for ministry and served the community through her work with the Ladies of Charity and the Volunteer Ministry Center. Carolyn was preceded in death by her parents, Louis and Anne Rhodes. She is survived by her three daughters, Karen and Mike Carlson, Cathy and Jud Teague, and Suzanne and Brian Staley; twelve grandchildren, Anne Marie and Ryan Gordon Throne, Rachel Carlson, Jordan Teague, Daniel Carlson, Tyler Staley, Keith Staley, John Paul Carlson, David Carlson, Scott Staley, Stephen Carlson, Nicholas Teague, and Mark Carlson; cousin, Mary Ann Garza; sister, Rita Sands; and many extended family members. The family will receive friends from 10:00 am until 11:00 am Friday November 12, 2021, at St. Albert the Great Catholic Church. A funeral mass will follow at 11:00 am. Interment will follow at Calvary Cemetery. Rose Funeral & Cremation Broadway in charge of arrangements. In lieu of Flowers donations may be made to the Ladies of Charity 120 W. Baxter Avenue, Knoxville, TN 37917. Online obituary may be viewed and condolences extended at www.rosefuneraltn.com.

Carolyn Rhodes Lowe, beloved mother and grandmother, passed away November 8, 2021, peacefully in her home surrounded by her family. She was 79 years old. Carolyn was born to Louis and Anne Rhodes April 13, 1942, in Knoxville, TN. She graduated... View Obituary & Service Information

The family of Carolyn Rhodes Lowe created this Life Tributes page to make it easy to share your memories.

Send flowers to the Lowe family.