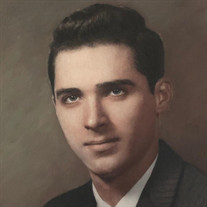 C. Howard Ogden left this world Aug. 9, 2021. Mr. Ogden was the son of the late Charles H. Ogden, Jr. and Margaret Elizabeth (Cruse). Ogden was born toward the end of the depression, in 1938 in Charlotte, NC. After the loss of his mother to cancer in 1943, he was cared for by his grandmother, Iva U. Ogden, until his father remarried in late 1946 to Emily Purviance. Mr. Ogden attended Charlotte schools into the 6th grade until his family moved to West Mecklenburg County in 1950. There he attended Berryhill School and West Mecklenburg High School, graduating in 1956. During his younger years, Mr. Ogden worked for his father building a home, developing a motel (The Oak Den) and apartment complex, in addition to doing home and apartment renovations in the Charlotte area. In 1958, Mr. Ogden went to work in the Engineering Department for Douglas Aircraft Company (succeeded by McDonnell Douglas, and later by the Boeing Company). He attended night school at Charlotte College (UNC-C), graduating in 1962. Douglas management recognized his ability and promoted him to a Process Engineer position in 1964, in charge of all fastener procurement and assembly processes within the Charlotte Nike missile assembly plant. In 1964, Mr. Ogden was offered a position with Teledyne Brown Engineering Co. on the Saturn V Rocket Program in Huntsville, AL. In 1968, he was recruited by Martin-Marietta Corporation for work on the Skylab mission in support of four missions. Upon successful completion of Skylab Mission SL-4, Mr. Ogden was offered a position in the Engineering Division of Union Carbide Corp. (succeeded by Lockheed-Martin Corp.). During his 28 years within the Engineering organization, Mr. Ogden performed fundamental design and implementation of the Engineering Management and Information System (EMIS), developed a digital document imaging/storage system for classified documents, managed a number of facility capital improvement projects, was a certified SAP Financial Officer, and later became certified as a Nuclear Materials Control and Accountability Specialist. He retired from the Y-12 National Security Complex in 2001. Aside from his professional activities, over the years Mr. Ogden served in various volunteer capacities with the Boy Scouts of America, Knoxville Youth Soccer, Farragut High School, the American Youth Soccer Organization, Fort Sanders Foundation, and the Greywood Crossing Owner’s Association. Mr. Ogden was a lifelong Presbyterian, Reformed tradition. Mr. Ogden was preceded in death by his wife, Bonnie (Ferguson) of 28 years, who succumbed to cancer in 1997. He is survived by his son, Charles (Chuck) H. Ogden IV, wife Lynn, grandson Charlie, granddaughter Abby; and his daughter Melissa Tindell, husband Chad, and grandson Christian Copelan. Mr. Ogden’s cremains will be interred in Elmwood Cemetery, Charlotte, NC along with his late wife, next to his late mother, near his late father, stepmother, and grandparents. The Ogden and Tindell families would like to extend their gratitude to the nurses and staff at Morning Pointe Assisted Living on Westland Drive for their compassionate care of their father. A Celebration of Life Service will be held at 2:00 PM Saturday, August 21, 2021 at Rose Funeral and Cremation – Mann Chapel. The family will receive friends from 12:00 – 2:00 PM preceding the service. In lieu of flowers, the family requests contributions be made to Cedar Springs Presbyterian Church in memory of Charles Howard Ogden III. Arrangements by Rose Funeral and Cremation – Mann. Online condolences may be made at rosefuneraltn.com.

C. Howard Ogden left this world Aug. 9, 2021. Mr. Ogden was the son of the late Charles H. Ogden, Jr. and Margaret Elizabeth (Cruse). Ogden was born toward the end of the depression, in 1938 in Charlotte, NC. After the loss of his mother to... View Obituary & Service Information

Send flowers to the Ogden family.