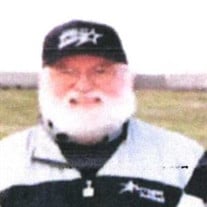 C. Ray Watson graduated to Heaven on Jan. 22, 2021. He was born in Granite City, Illinois on June 3rd, 1932. Ray married his High School sweetheart, Betty Jean Cathey in December of 1951. They were married for 31 years before her death. While they were married, he attended Southwest Baptist College in Bolivar, Missouri and graduated from the former Shurtleff College in Alton, IL and Southwestern Baptist Theological Seminary in Ft. Worth, TX. Later, he received his next 2 degrees from Western Illinois University in Macomb, Illinois. Ray was a fulltime pastor after graduating from Southwestern Baptist Theological Seminary in 1959. He pastored 2 churches in Texas. He moved back to Illinois and pastored the First Baptist Church in Kell, IL and Bethel Baptist Church in Troy, IL. Now with 2 young children he needed more income. He became a bi-vocational pastor for the next 27 years. He spent 1 year as a caseworker at the Missouri Baptist Children’s Home and 17 years as a temporary supply of 2 rural Presbyterian churches near Macomb, IL., Ebenezer and West Prairie Church, while teaching at Wilson School in Granite, IL. Later, after moving to Macomb, he taught at Lincoln School and Macarthur School. He became principal at Industry, IL for 2 years, then for the next 9 years, Superintendent at Utica School District (2 years) and Cedar Bluff School District. He was interim pastor for 4 and a half years at First Baptist Church in Peru, IL and spent time at First Baptist Church in Rantoul, IL and Pennsylvania Avenue Baptist Church in Champaign, IL where he met his second wife, Helen Bryant. When Helen died, Ray moved to Knoxville, TN and joined Central Bearden Baptist Church. He met his third wife, Judith Barnes in the singles department of Central. They were married in September of 1992. His retirement only lasted 2 months until he started subbing at Farragut Middle (1 year) and High School for the next 21 years. Always having love of fast pitch softball (which he pitched for 47 years), he was disappointed to learn Knoxville had no fast pitch teams for men. That didn’t deter his love for the game. He started volunteering to help with the girls’ softball team at Farragut with Coach David Moore. He was an unpaid assistant for about 23 years and loved every minute of it. This gave him, in all, 76 years with the game he loved. Ray loved people and children. This made him a perfect Santa Clause for over 20 years. He worked with F32 and did private/corporate parties. He adored talking with the excited, and sometimes scared, young and old alike who came to see Santa. Ray is preceded in death by his parents, Alfred and Dena (Jones) Watson; his first wife, Betty Jean (Cathey) Watson; first child by stillbirth, Kevin Ray Watson; second wife, Helen (Bryant) Watson; brothers, Ralph, Don, and Ronnie Watson; sisters, Weldon Deutschman and Edna Perkins; and his third wife, Judith (Barnes) Watson. He is survived by his son, Dr. Jeffrey Watson (Pam) of Savannah, Georgia; his daughter, Cathy (Mark) Riesen of Knoxville; his 5 grandchildren, Jeffery Walsh (Alexandra) of Georgia, Alexander Walsh (Celine) of California, Courtney (Ryan) Sahagun of Texas, Katie Watson of Florida, Augie (Marissa) Watson of Georgia; 3 step-grandchildren, Malissa, Corey and Seth Land of Georgia; and 4 great-grandchildren, Tytus, Gianna, Cynara Sahagan (Courtney) and Hayden Walsh (Alex). A memorial service will be held at Central Bearden Baptist at 4:00 pm Tuesday, January, 26, 2021. He will be laid to rest in Macomb, Il next to his wife, Betty. In lieu of flowers, contributions can be made to the Farragut Highschool softball team. Arrangements made by Rose Mortuary Mann Heritage Chapel. Condolences may be extended online at www.rosemortuary.com.

C. Ray Watson graduated to Heaven on Jan. 22, 2021. He was born in Granite City, Illinois on June 3rd, 1932. Ray married his High School sweetheart, Betty Jean Cathey in December of 1951. They were married for 31 years before her death. While... View Obituary & Service Information

The family of Clyde Ray Watson created this Life Tributes page to make it easy to share your memories.

Send flowers to the Watson family.