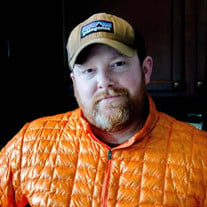 Daniel Jason Kirkpatrick, D.D.S., age 43, of Knoxville, TN, passed away on Tuesday, January 11, 2022 at his residence. He was born in Memphis, TN, the son of Daniel “Danny” Joe and Mary “Molly” Bell Kirkpatrick. He was preceded in death by his brother, John David Kirkpatrick. Jason is survived by his wife, Manasseh Panta Kirkpatrick; their two children, Kollin Baxter and Karsyn Brooks Kirkpatrick; former spouse Rachel Milner Kimmel and their son, John Thomas Kirkpatrick; his brother, James Michael Kirkpatrick; and grandmother, Billie June Brooks Kirkpatrick. Jason, “Kirk”, was raised in Columbia, TN where he made lifelong friends. He learned to play the alto saxophone while attending Whitthorne Middle School and played in the marching and concert bands at Columbia Central High School. He auditioned for and was selected as one of the few highest scoring musicians across the state to perform as a member of the prestigious All State Orchestra. He also excelled at playing soccer at Central High School and for a travel club team. Jason graduated Summa Cum Laude with a B.S. in Biochemistry, Cellular and Molecular Biology from the University of Tennessee at Knoxville. He graduated as a Doctor of Dental Surgery from UT Health Science Center where he received numerous awards including the Student Award of Excellence in Periodontology, the Dr. Joseph W. Graham, Sr. Scholarship Award and membership into the Richard Doggett Dean and Marguerite Taylor Dean Honorary Odontological Society. After graduation, he finished twenty months of general practice residency at UT Medical Center, Graduate School of Medicine where he received advance training in general dentistry for the medically compromised patient. A self-taught entrepreneur, Jason formed numerous LLCs with his friends and colleagues to invest in real estate properties. He then had a vision to use all of his professional skills to help dentists who might want to continue practicing dentistry without the burden of the business component so they could more fully enjoy their careers and personal lives. He was able to accomplish his goal by founding and becoming the CEO of Kirkpatrick Dental Management. Jason enjoyed taking his children fishing, playing pool with them as well as playing round after round of “Daddy, chase me”. Jason’s family and friends will miss his enthusiasm, quick wit, total recall, warm demeanor as well as his ability to tell humorous stories. He was recently gifted a square inch property in Scotland that came with a title of which he was very proud: Lord Jason Redbeard Kirkpatrick. A Memorial Service will be held at 6:00 pm on Friday, January 21 at Rose Funeral and Cremation - Mann Chapel on Kingston Pike. Visitation will be from 4:00-6:00 pm prior to the service. Interment will take place at Walnut Hill Baptist Church Cemetery in Bells, TN on Saturday, January 22 at 1 pm Central Standard Time. The family requests that donations be made to the Muscular Dystrophy Association, an organization that had special meaning for Jason as it provided assistance to his late brother, John. Online condolences may be made at rosefuneraltn.com.

The family of Daniel Jason Kirkpatrick created this Life Tributes page to make it easy to share your memories.

Send flowers to the Kirkpatrick family.