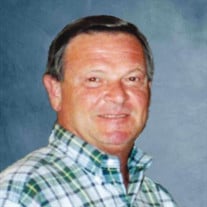 David Wendell Rector, Knoxville native and long-time local banker, passed away on Wednesday evening, June 30, 2021. David was born on July 27, 1948 to John Wendell Rector and Helen McKinney Rector. He graduated from Central High School and the University of Tennessee where he joined the Army ROTC. David was commissioned as a Second Lieutenant in the United States Army and served 7 years in the Army Reserve. David began his banking career with Valley Fidelity Bank in the mortgage department. He was instrumental in the formation of the Private Banking Department at Valley and continued in his role as a Private Banker when First Tennessee Bank merged with Valley Fidelity in 1991. David became the manager of the Private Client Financial Services division for First Tennessee and served in that role as Senior Vice President until his retirement. David had a successful 45-year career in the banking industry. With his exceptional relationship management skills, his background in mortgage banking and his specialized knowledge of physician practices and the healthcare industry, David helped many physicians start and grow their practices, buy a home and build financial security for their families. He enjoyed working with his fellow employees and his customers, and many special friendships were formed during his years in the banking industry. During his career, David donated his time and his skills to various civic organizations in the Knoxville area, including serving as Chair of the Knoxville Convention and Tourism Bureau and serving on the board of the Cancer Support (Wellness) Community. David was preceded in death by his parents, John and Helen Rector, and his first wife, Beverly Fraker Rector. He is survived by his devoted wife of 40 years, Susan Parker Rector and his children, Melissa Rector Overton (John), Brian Wendell Rector (Erin), John Parker Rector, and his grandson, Lucas Wendell Rector. He is also survived by his sister, Ann Rector Weigel and her husband William Weigel, his sister-in-law, Kathryn Parker Roberts and her husband Craig Roberts, and nieces and nephews. Susan would like to thank Life Care Center of Blount County and Caris Hospice for their care, as well as the doctors and nurses who provided care for David during his battle with cancer. Per David’s wishes, there will not be a service. Donations in David’s memory may be made to the charity of one’s choice. Online condolences may be sent to www.rosefuneraltn.com. Rose Funeral and Cremation Mann Chapel, 6200 Kingston Pike, is in charge of arrangements.

Send flowers to the Rector family.