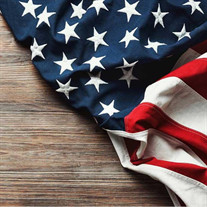 Beloved husband, father, grandfather, and great-grandfather Dennis Wesley Brown died in Knoxville on March 15, 2022. He is survived by his wife of 69 years Paula Ann Berry Brown, and by son and daughter-in-law Stuart Brown and Janet Bagby of London, UK, son and daughter-in-law Scott and Alyse Brown of Ajijic, Mexico, and daughter and son-in-law Kim and Michael McKee of Knoxville, Tennessee as well as by 7 grandchildren and 6 great-grandchildren. He was pre-deceased by his parents Wesley and Mary Brown, granddaughter Katie Brown, and great-granddaughter Paige Martin. Born April 22, 1931 in Oklahoma City, Dennis moved to Knoxville in 2014 with his wife Paula after living for more than 50 years in Farmington, Connecticut, where they reared their three children. In his career, he worked in television production, city planning, and land development and served in the US Air Force. The Air Force sent him to Boston in 1954, which led to his studying city planning at MIT and their settling in New England. He was a founding partner of Brown, Donald and Donald Planning Services in Farmington. In life, he blessed his family and friends with his faith, wit, creativity, and a sharp ear for the funny stories that made up his narrative and that of our lives with him. He was fun. Family and friends miss him already. No immediate memorial is planned, but the family would appreciate any donations in his memory to the JustLead ministry through the Laurel Church of Christ, where Dennis was, and Paula remains, a member. www.laurelcc.org/justlead. Blessed are they that die in the Lord from henceforth. Aye, says the spirit, they shall have rest from their labors, and their works follow them. Revelation 14:13. Online condolences may be made at rosefuneraltn.com.

Beloved husband, father, grandfather, and great-grandfather Dennis Wesley Brown died in Knoxville on March 15, 2022. He is survived by his wife of 69 years Paula Ann Berry Brown, and by son and daughter-in-law Stuart Brown and Janet Bagby of... View Obituary & Service Information

Send flowers to the Brown family.