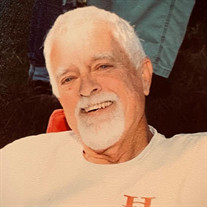 Douglas Brown Oliver passed away peacefully with his wife at his side on Oct. 24, 2021, after suffering through a devastating, acute illness during these last few weeks. Doug was born on March 22, 1948, to William and Erminia Oliver, who have preceded him in death. He has been a terrific, beloved big brother to Billy (Martha) Oliver and their baby sister, Carolyn (Greg) Payne. He grew up in South Knoxville playing baseball and basketball with much skill throughout his school years. His first friend, Mike Wheatley, has been a special part of his whole life. Doug graduated from The University of Tennessee and Lincoln Memorial University with degrees in education which enabled him to teach, coach and become a school administrator. While Doug enjoyed being in the classroom, and coaching was a huge passion for him, it was his time as an administrator that he genuinely loved as he believed by influencing teachers, you impact students. Doug began his teaching career at Seymour High School and after one year, moved to Gresham Junior High, where he taught and coached for the next 18 years. He remembered so many of his players with pride and fondness, it was always a treat for him anytime he saw any of them around town over the years. A quick encounter with any of them could bring up an evening of stories to share. Doug’s initial move to administration was as an assistant principal at Bearden Middle School where he was mentored by Mary Lou Kanipe, a friend he valued for the rest of his days. From there, he was placed at Halls Middle School as an assistant principal and ultimately promoted to head principal to finish his career. He retired in June 2009, proud of his 39-year career and confident in his belief that he consistently put the needs of students first. During his time at Bearden Middle School, he met the love and sunshine of his life, Suzanne. They were married in October of 1996 and shared a deep love and soulful connection until the very second of his last breath. Doug took amazing care of Suzanne and was proud and supportive of her every day of their lives together. No one could doubt their devotion to each other and to their life together. He loved the heck out of her. Doug’s other great loves in his life were his children and grandchildren. His son, Jeff, along with his wife, Michelle, were both a constant source of joy and pride for him. Their son, Kyle, was a huge, bright light for his grandad. Doug reveled in Kyle’s athleticism and having a chance to coach him in basketball and play a round of golf with him on occasion made him happy in a way nothing else ever could. His daughter, Malinda (Mindy) and her husband Jason were special and beloved to him as well. Their daughters, Meah and Allie, were the absolute apples of his eye. There is just something special about a grandaddy and his girls. His marriage to Suzanne gave him more family to love and cherish. He enjoyed special times and memories with his in-laws, George and Faye Massey. An especially memorable trip was a one to Hawaii to serve as a course marshal for the Sony Open, a true bucket list item for Doug. Suzanne’s siblings had special places in his heart as well, Ellen (Michael Horner) and George, Jr. may not have heard it from Doug often, but he loved and admired all three of them very much. Having his brother-in-law, Mike, teach for him at HMS gave added meaning and connection to their relationship. The greatest gifts he got from his siblings were his nieces and nephews. Doug genuinely enjoyed being with them any and all of them and often hoped that he “did enough” to show them his love and support: Brian and Craig Oliver, Damek Izo, Sadie (Justin) Izo-Foster, Simone Horner and Cameron Hashmi, Olivia, Haley and George the III (Max)Massey. He was equally enamored with his great-nieces and nephews: Cooper Cruzen, Braylon Oliver, Banks and Charlotte Izo, and “our” baby, Georgia Foster. Golf and softball were his athletic pursuits during his adulthood. Doug played on several softball teams over the years and shared bonds with many teammates, but none so close as his with David “Fuzzy” Widener and Jimmy “The Kid” Wooliver. The CODHEAD golf group was a significant part of his life over time and even more so during his retirement years. Their annual trips created many memories and funny stories he loved to share. His brother-in-law, Greg’s friendship through their golf matches meant more than he could ever share. Doug touched many lives over time, and if he cared about you at all, know that it was deep and unchanging. As per Doug’s wishes, no visitation or services will be held at this time. Condolences and memories may be shared on-line or in a book available at Rose Mortuary on Broadway on Friday and Saturday this week. A celebration of his life will be scheduled in the next few weeks. Online Condolences may be extended at www.rosefuneraltn.com

Douglas Brown Oliver passed away peacefully with his wife at his side on Oct. 24, 2021, after suffering through a devastating, acute illness during these last few weeks. Doug was born on March 22, 1948, to William and Erminia Oliver, who have... View Obituary & Service Information

The family of Douglas Brown Oliver created this Life Tributes page to make it easy to share your memories.

Douglas Brown Oliver passed away peacefully with his wife at...

Send flowers to the Oliver family.