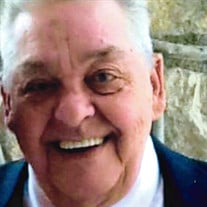 Eddie Wayne Lusby, age 79. Of Knoxville, passed away on Saturday, December 12, 2020. He was an amazing husband, dedicated father, proud grandfather and loving great-grandfather. He was a retired Master Sergeant of the US Air Force. Eddie was... View Obituary & Service Information

The family of Eddie Wayne Lusby created this Life Tributes page to make it easy to share your memories.

Eddie Wayne Lusby, age 79. Of Knoxville, passed away on Saturday,...

Send flowers to the Lusby family.