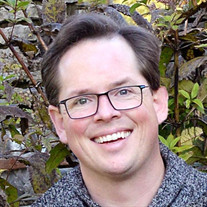 Gary Kent Weaver, Jr., age 41, passed away unexpectedly Thursday morning, January 6, in the presence of his loving parents and sister. Kent is survived by his parents, Gary and Belinda Weaver; his sister Whitney N. Weaver; his wife, Meredith, and his precious children, Mary Reagan, Helen, and Julia. Kent was born on January 15, 1980, in Knoxville, Tennessee. He remained in Knoxville and graduated from the University of Tennessee in 2002. He initially worked with his family’s business before starting his own medical equipment company. He met his wife in 2003 and they knew they would be married within two weeks. Everyone else made them wait and they were married February 26, 2005. They welcomed Mary Reagan on July 2, 2009, Helen on September 6, 2012, and Julia on August 4, 2014. Those were the happiest days of his life. The family loved to travel together, but occasionally Kent would get away with friends to scuba dive, which was one of his passions. He was an avid UT football fan, but he did occasionally don some Auburn gear to stay in the good graces of his wife. He also loved golf, and he always knew about the latest and greatest innovations in any kind of technology. He loved to help people, which was the focus of his career. He was always ready to help a friend, a neighbor, or a stranger, in any way that he could. He was the epitome of the Good Samaritan. Loss is always difficult, but to lose one so young is especially hard. Kent would want to be remembered as the jokester he was and the life of the party. There are simply too many wonderful memories to share here, but it is safe to say he made everyone he met laugh. His smile was contagious, and his hugs were the best. He will be missed by his family and so many friends, but they are comforted that he is with his Lord and Savior and they will join him again one day. His family also would like to express their gratitude for the kindness and support of their community and friends at this painful time. A receiving of friends will be held on Friday, January 14 from 4:00 - 6:00 pm at Rose Funeral & Cremation - Mann, 6200 Kingston Pike, Knoxville, Tennessee, with a celebration of life to follow. Reverend Nicole Hill Krewson will be officiating with the assistance of Matthew Hampton. In lieu of flowers, donations may be made to the American Diabetes Association, www.diabetes.org or UMCOR, the United Methodist Committee on Relief, umcmission.org. Online condolences may be made at www.rosefuneraltn.com

The family of Gary "Kent" Weaver Jr. created this Life Tributes page to make it easy to share your memories.

Send flowers to the Weaver family.