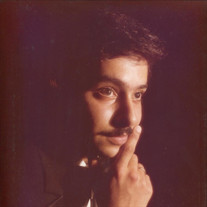 George Lincoln Harb, 62, passed away peacefully at home on Tuesday, February 16, 2021, in his journey to be in the loving arms of Jesus Christ, his Lord and Savior. Born in Knoxville, George was a bon vivant full of life and jokes, always treating people he met as his friend, and never meeting a stranger. Known as a sensitive and caring person with a quick wit and gentle character, George was challenged for several years with multiple heath issues, only one of which might have been more than enough for most people to handle. Despite his many setbacks, for years George faced his various medical problems with courage, humor, and a positive attitude. He was loved by many who will miss him dearly. George was a talented force who excelled in the culinary arts, and became known locally as a hardworking, gifted chef and caterer. A perfectionist in his work, his dramatic flair and expertise at opulent food and floral presentation in his catering was said by many to be beyond compare. In addition to his work as Executive Chef at country clubs in Indianapolis and Charlotte, he was Executive Chef at the Gatlinburg Convention Center. George also served as Executive Chef at the highly successful Kalamata Kitchen in Knoxville, and appeared as well on local TV numerous times as a guest celebrity chef. Preceded in death by his father, Naim George Harb, George is survived by his loving mother Tamam, Knoxville, his devoted sisters Sylvana Harb (Sami) of Cleveland, Ohio, and Vivian Harb of Knoxville, and a host of loving cousins in Knoxville and around the world. Visitation, with mandatory Covid-19 protocol, will be at Rose Mortuary Mann Heritage Chapel from 5:00 to 7:00 PM, Thursday, February 18, 2021, followed by the reciting of prayers at 7:00 P.M., Reverend John Mark Wiggers of St. James Episcopal officiating. Family and friends will gather at 10:45 A.M. on Friday, February 19 at Lynnhurst Cemetery, 2300 Adair Dr., Knoxville, 37918 for an 11:00 A.M. graveside service. In lieu of flowers, memorial contributions may be made to St. James Episcopal Church, 1101 N. Broadway, Knoxville, TN, 37917, the Kidney Foundation of East Tennessee, 4450 Walker Blvd., Knoxville, TN, 37917, or to the charity of your choice. Online condolences may be given at www.rosemortuary.com. Arrangements are by Rose Mortuary Mann Heritage Chapel.

George Lincoln Harb, 62, passed away peacefully at home on Tuesday, February 16, 2021, in his journey to be in the loving arms of Jesus Christ, his Lord and Savior. Born in Knoxville, George was a bon vivant full of life and jokes, always treating... View Obituary & Service Information

The family of George Lincoln Harb created this Life Tributes page to make it easy to share your memories.

George Lincoln Harb, 62, passed away peacefully at home on Tuesday,...

Send flowers to the Harb family.