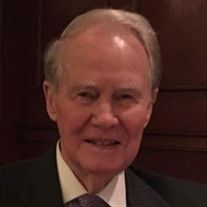 Willard, Hugh Douglas (Doug) passed away April 7, 2021 at age 83. Doug was a beloved husband, stepfather, grandfather and friend. He was a member of St. Matthew’s United Methodist Church, Richmond, Va. and an associate member of First United Methodist Church, Knoxville, Tn. Preceded in death by his mother, Kathleen Cook, father, A.B. (Red) Willard, stepfather, Herman Cook, and grandmother, Sally Lawson (Pramer). Doug grew up in Chattanooga, Tn., and graduated from Chattanooga High School in 1955. He was a graduate of University of Tennessee, Knoxville where he was a member of Sigma Chi Fraternity and The Army ROTC program including the flight training program receiving a Private Pilots License and graduating in 1959 with a degree in Business Administration. He entered the Army in 1960 as a 2nd Lt. after completing the basic Infantry Officers and Airborne School at Fort Benning, Ga. He was sent to Germany. He was with the first unit sent into Berlin in August 1961 when the “Wall” was closed. After being discharged in 1963 as a 1st Lt. he returned to Knoxville and entered the insurance business as an agent for Aetna Life Ins. Co. Later, he was affiliated with D.R. Cox and Co. from 1972 until his retirement in July 2002. Throughout his life he remained a loyal supporter of U.T. Sports. He is survived by his wife and “soul mate” Jo Anne McMinn Thompson Willard. They were reconnected at their 50th high school reunion in Chattanooga in July 2005. They were married in February 2006 where he instantly became “Daddy Doug” to her children, Rose Marie Dare, Richmond, Va.; Beth Ernst (Tommy) Silver Spring, Md; Joseph W. Cocke, Alexandria, Va. Grandchildren; Tucker Dare (Courtney), Baltimore, Md., Cameron Dare, Richmond Va.; Spencer Ernst (Chelsea), Max Ernst, Winston Ernst, Silver Spring, Md. A Celebration of Life Memorial Service will be held 2:00 p.m., Saturday, June 19, 2021, First United Methodist Church, 3316 Kingston Pike, Knoxville, TN 37919, with the Rev. Troy Forrester officiating. The family will receive friends from 1:00-2:00 p.m., preceding the service. In lieu of flowers, donations can be made to the Boys and Girls Club, Salvation Army, Knox Area Rescue Ministries, or your favorite charity. Arrangements by Rose Funeral and Cremation – Mann. Online condolences may be made at www.rosefuneraltn.com.

Willard, Hugh Douglas (Doug) passed away April 7, 2021 at age 83. Doug was a beloved husband, stepfather, grandfather and friend. He was a member of St. Matthew&#8217;s United Methodist Church, Richmond, Va. and an associate member of First... View Obituary & Service Information

Send flowers to the Willard family.