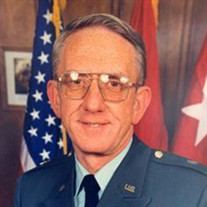 Knoxville - Dr. Jack Crowley Clark, Sr. passed away peacefully at his home in Knoxville, Tennessee on March 30, 2021 at the age of 85 after a long-running battle with congestive heart failure. Jack is survived by his wife, Donna Jefferson Clark; children, Jack Clark, Jr., Christopher Clark, Julie Clark, Kelley Lilly and Michael Clark; grandchildren, Logan Clark, Ross Clark, Conor Clark, Thomas Clark, Addison Lilly, Jack Lilly, Caroline Lilly and Ellie Clark; and nephew, Harold Clark, Jr. Jack was preceded in death by his mother, Clio Elizabeth Clark; father, Cordell Hull Clark; brother, Harold Eugene Clark, Sr.; and wife, Janet Chailland Clark. Jack was born in Whitleyville, Tennessee in 1936. He attended Vanderbilt University and graduated from the University Of Tennessee College Of Medicine in 1961. He was a general practitioner in Lafayette for 10 years and, after completing a residency in diagnostic radiology at the University Of Tennessee College Of Medicine, became a radiologist. He practiced in Crossville for 25 years and then traveled as a radiologist in Connecticut, Georgia, Kentucky, Pennsylvania, Tennessee, and West Virginia for another 12 years. Jack's other career was as an officer in the Tennessee Army National Guard. He joined by direct appointment to Captain in 1966 and retired as a Brigadier General 26 years later. While in the National Guard, he was awarded the Legion of Merit, Meritorious Service Medal, the Army Commendation Medal, the Army Achievement Medal, the Army Reserve Components Achievement Medal, and the Armed Forces Reserve Medal, among others. He served on numerous charitable and civic boards and was elected to the Cumberland County Commission. He also worked for the University Of Tennessee Athletic Department and the Tennessee Fund during his retirement. Whether you knew him as loving husband, father, or grandfather, caring physician, dedicated military officer, elected official, licensed pilot, development professional, mental health and retardation advocate, civic servant, enthusiastic Tennessee Volunteer fan, or regular member of the Crossville Dairy Queen Breakfast Club, you were drawn to his charismatic personality and latest adventure. He will be missed. In lieu of flowers, the family is encouraging donations to the American Heart Association. Arrangements by Rose Funeral and Cremation - Mann. Online condolences may be made at www.rosefuneraltn.com.

Knoxville - Dr. Jack Crowley Clark, Sr. passed away peacefully at his home in Knoxville, Tennessee on March 30, 2021 at the age of 85 after a long-running battle with congestive heart failure. Jack is survived by his wife, Donna Jefferson Clark;... View Obituary & Service Information