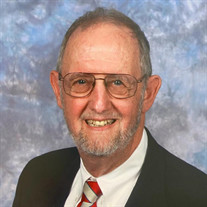 James (Jim) Anthony Ridley, III, age 79 passed away on October 12, 2021. Jim was born in Murfreesboro TN on January 22,1942 and grew up on a farm in Sumner County. He excelled in both lower and upper schools in Gallatin TN and received his bachelor’s degree from Vanderbilt University where he developed a lifelong love of baseball and bridge. He was a member of Phi Kappa Sigma Fraternity and after graduating from Vanderbilt served in Vietnam for the U S army in active ground combat. He attended the University of Tennessee law school and was ranked 3rd in his class, later after law school, he was the law clerk for The HON Robert L. Taylor, US District Judge for East Tennessee. Jim later became a partner in the Knoxville Kramer Rayson law firm. He left Kramer Rayson to start his own law practice in Fountain City TN. Jim was an active member in AA for over 40 years and founded a local chapter of the “Lawyers for Concerned Lawyers” to help recovering lawyers deal with substance abuse problems. Jim was a voracious reader, lover of bridge (Gold Life Master), baseball, and a large fan of UT’s Clarence Brown Theatre productions as well as those of the Nashville Shakespeare Festival. He was a devoted Christian and a member of the Church of Ascension in Knoxville TN for over 47 years. He enjoyed helping people and in his later years volunteered at The Fish Pantry picking up donations from area restaurants to be served to the homeless. He is preceded in death by his parents James A. Ridley, Jr. and Mary Frances Armistead Ridley and is survived by his beloved cat Emelia, daughter Lee Ridley Jones, son in law Tom Jones, granddaughter Madison Jones, two brothers Nathan (wife Connie) and Bill Ridley of Nashville, his nephew Todd Ridley (wife Katie and daughter Maggie), cousin Frank Riddle (wife Karla) and Barbara and Wally Geering of Knoxville. A celebration of life will be held at the Church of Ascension on Monday October 25th at 12:00 o'clock with his burial on Tuesday October 26th at 12:00 CT at the Gallatin City Cemetery. The family asks for donations be made to The Fish Pantry at: FISH Hospitality Pantries, 800 Northshore Drive, Knoxville, TN 37919 to feed the hungry in lieu of flowers. Arrangements by Rose Funeral and Cremation - Mann. Online condolences may be made at rosefuneraltn.com.

James (Jim) Anthony Ridley, III, age 79 passed away on October 12, 2021. Jim was born in Murfreesboro TN on January 22,1942 and grew up on a farm in Sumner County. He excelled in both lower and upper schools in Gallatin TN and received his bachelor&#8217;s... View Obituary & Service Information

Send flowers to the Ridley family.