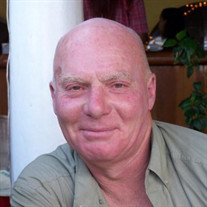 John Lee Newton, 66, of Knoxville, TN, and formerly of San Francisco, CA, passed away on Saturday, April 10, 2021. John served in the Middle School Ministry at Fellowship Church Knoxville for 20 years. He was a small group leader and mentor for middle school boys. He designed the Sunday morning middle school check in process to intentionally welcome each student by name, celebrate their birthday, and remember significant events in their lives. He created a Bible Challenge for each Sunday, complete with prizes and treats. His diligent and optimistic attitude impacted a generation of students. John was a General Contractor for over 40 years. While his strong work ethic was legendary, he cared deeply about his clients and a great many became life-long friends. He never advertised his business, word of mouth was all he needed. His acts of kindness and service emanated out of joy and his personal conviction to always try to do the right thing. After he retired his construction business, Builder on Call, he became a professional Santa Claus. He was a graduate of the Charles W. Howard Santa Claus School in Michigan and was a member of the Brotherhood of Real Bearded Santas (BRBS). He thrilled children of all ages with his realistic portrayal. His mission was to blend the birth and wonder of Christ with a Santa that acknowledged the gift of our newborn Savior. He never wanted Santa to outshine Jesus at Christmas. He visited preschools, surprised children with home visits, and was the Santa for the yearly Chris Tomlin Christmas Concerts. He was even featured in the online People Magazine review for the Tomlin concert in 2018. John’s life is impossible to sum up in a narrative about his career and accomplishments. His legacy to those whose lives he touched was profound. There were universal truths about him that a short moment in his company quickly revealed. He was passionate about God and his family. He was the ultimate provider. His construction business was a vehicle to love and provide not only the needs of his family, but each client he ever served. He was a problem solver, smart, optimistic, highly skilled, and grateful for each blessing in life. He loved and adored his wife of 40 years, Victoria Newton. He was a devoted and caring father of 4 children and 4 grandchildren. His sense of humor was widely known, he joked with all, and had an amazing mischievous twinkle in his eyes. Universally, people who knew him thought he was the “real deal”! John is preceded in death by his mother Betty Jo Jackson Bieber and father Donald Lee Newton. He is survived by his wife Victoria Newton, his daughter Bethany Newton, his daughter Emma Newton, his son Samuel Newton and daughter-in-law Mary Newton, and son Jacob Newton and daughter-in law Emily Newton. He is survived by his grandchildren Matthew, Alastor, Ezra, and Quinn. Services honoring John Newton will be Sunday, April 18th, 2021, at 3:00pm. Services will be officiated by Alan Ramsey and followed by a Celebration of Life, at Rose Funeral and Cremation – Mann, 6200 Kingston Pike, Knoxville, TN 37919. Donations honoring John Newton can be made to Hope Resource Center, Knoxville. Arrangements by Rose Funeral and Cremation - Mann. Online condolences may be made at www.rosefuneraltn.com.

John Lee Newton, 66, of Knoxville, TN, and formerly of San Francisco, CA, passed away on Saturday, April 10, 2021. John served in the Middle School Ministry at Fellowship Church Knoxville for 20 years. He was a small group leader and mentor... View Obituary & Service Information

Send flowers to the Newton family.