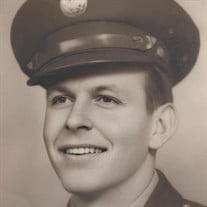 John Robert Staley, Sr. age 96 died peacefully at his home on July 20, 2021. He was born on January 17, 1925, in Troy, North Carolina, as the son of George Alexander L. Staley and Martha Cornelia (Neelie) Staley. John and his brother Alec grew up working construction and farming. Upon graduation from Troy High School, John married Ruth Greene. He then volunteered to serve in the Army during WWII and was one of the solders to land on Normandy, France. He was a decorated military postman who directly served the Commanding General of the Army Base in Normandy. Following the war, John became employed by Lance foods, where he entered the Confection Food Sales Profession. Two years later, he took a job with the Curtis Candy Company, where he experienced great success climbing up the Curtis management ladder. When he was promoted to General Manager of Southeast sales, he relocated from Raleigh, NC to Knoxville, TN. Ultimately, his 28-year tenure and outstanding career as GM resulted in him becoming Vice President of Southeast Curtis Sales. After this monumental achievement at Curtis Candy Co., he then joined Ellis Foods. It was there that he enjoyed his greatest accomplishment in his chosen profession, by selling the “first Gummy Bears” to Sam Walton and Walmart stores across the United States. John’s distinguished career was recognized by his peers in the candy industry, culminating in his career zenith professional honor: by being inducted into the prestigious CANDY SALES HALL OF FAME in 1996. John’s hobbies included golf, outings with his family, and University of Tennessee Sports, where his passion included being a loyal season football ticket holder for 57 consecutive years. In addition, John was a championship little league co-coach and mentor to many Knoxville youths as well as: being called by many adults “THE MOST-WELL LIKED MAN IN KNOXVILLE”: he always had a smile and a positive attitude. John retired at age 76 in 2001. The last 20 years of his life were lived leisurely in his own home, which he originally built in 1960. He continued to work out every day in the gym until age 94. He was a devoted member of Bearden United Methodist Church for almost 60 years, where he made many lifelong friends. Mr. John Staley lived a wonderful life. One of his most favorite sayings was “the Lord has been gracious to me”. A humble, hard-working, friendly, gregarious intelligent man will be sorely missed by the many people he touched. John was preceded in death by his devoted wife Ruth Greene Staley, his parents George Alexander L. Staley and Martha Cornelia (Neelie) Staley. In addition, his sisters Sudy Honeysuckle and Estelle Dennis, and nieces Doris Honeysuckle and Blondel Dennis; as well as nephews Dwight Honeysuckle and Mott Dennis. Also, his brother Alec Staley, D.C. and his niece Lou Ann. He leaves his only son John R. Staley, Jr., M.D. Special thanks to the many caregivers at “Your Home Team Care” (YHTC) who assisted Mr. Staley in the last couple of years of his life. Special recognition is to be afforded to long-standing, devoted and outstanding caregivers Tasha Breazeale, Sheila Calloway, Bea Perry; as well as YHTC Employees - Rosanna Losso, RN, Alex Atkinson, and Caitlin England. John’s friends and caregivers fondly, lovingly, and consistently stated that “Pops” was a “true inspiration to all who encountered him”. In celebration of Mr. Staley’s celebration of life, the following events have been scheduled for August 6th and August 7th as follows: Receiving of Friends, Friday August 6, 2021, 5:00pm – 7:30pm at Rose Mann Funeral & Cremation. Celebration of Life Ceremony, Saturday August 7, 2021, 2:00pm – 2:45pm at Bearden United Methodist Church. Graveside Service, Saturday August 7, 2021, 3:00pm – 3:15pm at Highland Memorial Cemetery. Serving as ushers and pallbearers in Mr. Staley’s Celebration of Life include the following: Nephews Mykie Myrick and Chuck Dunham, JJ Jackson, Stan Hurt, Lynn Massingale, M.D., Elaine Stapleton, Eddie Smith, Mike Edwards, and Dean Kleto, M.D. Serving as special assistant ushers: Sonya Gunther, Steve Davis, M.D., and Richard Clark. Serving as pastor is: Reverend Sherry Boles. Serving as event coordinators for Mr. Staley’s Celebration of Life: Joe McCamish, Bob Thomas, and Cheryl Masur. In lieu of flowers, we request that you donate to one of the following charities: Scarecrow Foundation https://scarecrowfoundation.org/give/. Parkinson’s Foundation -https://www.parkinson.org/ways-to-give. Bearden United Methodist Blessing Box Ministry - https://beardenumc.org/connect/give/. Arrangements by Rose Funeral and Cremation - Mann. Online condolences may be made at rosefuneraltn.com.

Send flowers to the Staley family.