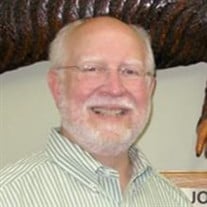 Dr. John E. Sullivan, Jr., 68, a talented and professionally well-recognized Endodontist in Knoxville, died unexpectedly on November 24, 2020 after collapsing from severe hypoglycemia. John was born in January of 1952 in Memphis, Tennessee. He was preceded in death by his parents, John (“Jack”) and Corinne (“Boots”) Sullivan, and by his beloved wife for over 38 years, Susie Glenn Sullivan who died on May 30, 2020. He is survived by his two sons, John (“Jack”) Sullivan III, and Frank Sullivan. He has three grandchildren Harper, Gaddon, and Weston. John leaves behind two brothers, Thomas M. Sullivan and David M. Sullivan and a sister, Mary Daley, along with numerous nieces and nephews. John graduated from the University of Tennessee Dental School in 1978 and began a successful dental practice in Memphis. In 1996, John and family moved to Chicago where he enrolled in the Northwestern University Dental School’s Advanced Endodontics program and graduated in 1998. His many professional accomplishments included Fellowship in the International College of Dentists in 2000, and being selected as a member of the prestigious L.D. Pankey Institute. He practiced in Knoxville for nearly twenty years, and retired in March, 2020 when Susie became critically ill. John was a talented woodworker who spent his spare time making handcrafted custom shelves, tables, and display cases. His attention to detail shown through by taking rough cut lumber and precisely milling it to make a fine crafted keepsake. John's love of the outdoors began with family vacations to hike in the western Rocky Mountains and continued to the Boy Scouts where he earned the Eagle Scout rank. He was a passionate animal conservationist and a lifetime member of Safari Club International. John reveled in helping Santa Claus during the holiday season by donning his Santa suit and making surprise visits to the families of friends and neighbors. Mass followed by interment will be at Sacred Heart Cathedral in Knoxville, Tennessee on Friday December 4, 2020 at 1:00 p.m. In lieu of flowers the family suggests that donations be made to the St. Elizabeth Seton Guild.

The family of Dr. John E. Sullivan created this Life Tributes page to make it easy to share your memories.

Send flowers to the Sullivan family.