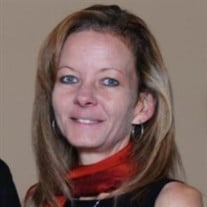 It is with heavy hearts we announce the passing of Lillian Kristine Lawson, aged 57 years young. She was from Philadelphia, Tennessee, and departed this world and transitioned to her Heavenly home at Blount Memorial Hospital, on Friday, September 17th, 2021. She was born Friday, July 3, 1964 to Robert Lee and Mary Jo Worley, of Grapevine, Arkansas. Mrs. Lawson was a member of Saint John Neumann Catholic Church in Knoxville. One of her many enjoyments in life included living in Mannheim, Germany for three years, where her husband was stationed with the United States Army. While in Germany, her two biggest highlights were visiting Nuremberg and celebrating Oktoberfest in Munich. Mrs. Lawson worked for many years as a 9-1-1 Dispatcher. She began her career with the Columbus Police Department, Georgia, and continued her career with Knox County 9-1-1 and Loudon County 9-1-1, after moving to the State she would call home. She loved her career, and having the ability to help others during some of the worst moments of their life. To spend more time with her children while in grade school, she also worked at Philadelphia Elementary School in the cafeteria. Mrs. Lawson was preceded in death by her Mother, Mary Worley; Uncles William Williams, Calvin Worley, Robert Morris and his wife Eloise. Mrs. Lawson is survived by her loving husband of 39 years, Gary Lawson of Philadelphia; Father, Robert Worley of Grapevine, Arkansas; one sister; Robin Smith and husband Ralph, of Grapevine, Arkansas; two sons; Andrew Lawson and wife Jaime of Maryville, Nicholas Lawson and wife Kristie of Colorado Springs, Colorado; and two daughters; Rachel Lawson of Philadelphia, Rebekah Tunkel, and husband Philip, of Ten Mile. Mrs. Lawson is survived by eight grandchildren; Benjamin Tunkel, Cameryn Lawson, Christoph Lawson, Daniele Lawson, Olivia Tunkel, Abigail Tunkel, Eva Lawson, Lucas Lawson, and several nieces and nephews. She will be missed so much by her family and friends, and the family wishes to thank all who have called comforted them during this time. The Funeral will be held at 2:00 PM, Wednesday, September 22, 2021, at the Cathedral of the Most Sacred Heart of Jesus, in Knoxville, with Father David Boettner officiating. Keeping Mrs. Lawson’s wish, she will be cremated and returned to her family she loved so much.

It is with heavy hearts we announce the passing of Lillian Kristine Lawson, aged 57 years young. She was from Philadelphia, Tennessee, and departed this world and transitioned to her Heavenly home at Blount Memorial Hospital, on Friday, September... View Obituary & Service Information

The family of Lillian Kristine Lawson created this Life Tributes page to make it easy to share your memories.

It is with heavy hearts we announce the passing of Lillian Kristine...

Send flowers to the Lawson family.