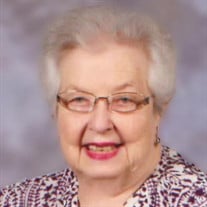 Lois Jean Hallyburton Murdock, age 94, was born November 28, 1927 in Akron, Ohio and passed away November 29, 2021 in Knoxville, Tennessee. She was a woman of deep faith who loved her family and believed strongly in community service to others. Jean was preceded in death by her parents Katherine Belle (Bebe) Hallyburton and Vernon Eastman Hallyburton, brother Thomas Hallyburton, beloved husband of 60 years Harold Wayne Murdock and infant son John Vernon Murdock. Jean was a graduate of East High School, and the George Peabody Teacher’s College in Nashville, Tennessee. Along with the love of her life Wayne, they taught school and volunteered with the Boy Scouts, the United Way and numerous church and local agencies. After the family moved to Mobile, Alabama she completed her Master’s degree in Education, served as Director of a local preschool and was State President of the Association of Early Childhood Education. Upon moving to Knoxville, she worked for the Tennessee Department of Human Services for many years, and after retirement, she and Wayne continued as active members of Church Street United Methodist Church and the Murphy Builder’s Sunday School Class. In later life she renewed her interest in knitting under the tutelage of sweet sister June, singing in the Shannondale Choir, and visiting with friends. Due to ill health, her life became much more confined but she never lost interest in the big world outside her room. She kept up with all current events, sports and her first comment to visitors was –“tell me what you know!“ Her remaining years were greatly enriched by daily visits and constant care by daughter Mary Lauren and support by son-in-law Jim as well as regular calls from the family. All who knew her at this stage of her life were impressed by her strength, continued positive attitude and strong belief in God. She always wanted the best for those who came in contact with her and held a strong, forgiving and nonjudgmental nature. She is survived by her sister June Hallyburton Huddleston, Johnson City, TN, children Hal Murdock (Jeri), Jacksonville, FL., Mary Lauren Murdock Housteau (Jim), Knoxville, TN, Julia Murdock Causey, Birmingham, AL, grandchildren Jay Tenney, Columbia, SC, Ashley Tenney Perry (Sam), Mableton, GA, Kristin Price (Jared), Mountain Brook, AL, Jonathan Pilkerton (Frazier), Montgomery, AL, Michael Pilkerton (Katie), Vestavia Hills, AL, great grandchildren, Allie, Bo and Laine Pilkerton, Anne Lucile and Mary Wells Pilkerton, Palmer, Flemming and Rushton Price, niece Donnan Huddleston, and nephews Sam Huddleston (Peggy) and Tom Huddleston (Cecile) of Johnson City. Interment will be at the East Tennessee Veterans Cemetery. The family will receive friends Saturday April 2, 2022 from 11-12pm at Rose Funeral and Cremation - Mann, with a Celebration of Life to follow at 12:00 PM. Dr. Jan Buxton Wade will be officiating. In lieu of flowers, the family requests that donations be made to: Brother’s Keeper, P.O. Box 4101, Johnson City, TN 37605. Arrangements by Rose Funeral and Cremation - Mann. Online condolences may be made at rosefuneraltn.com.

Lois Jean Hallyburton Murdock, age 94, was born November 28, 1927 in Akron, Ohio and passed away November 29, 2021 in Knoxville, Tennessee. She was a woman of deep faith who loved her family and believed strongly in community service to others.... View Obituary & Service Information

Send flowers to the Murdock family.