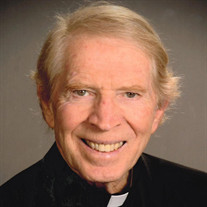 Monseigneur Thomas D. Kirk, age 78 of Memphis, TN, died on December 22, 2021 in his hometown of Knoxville, TN. Father Kirk was the Parish Priest of the Roman Catholic Diocese of Memphis for 52 years. He was a graduate of Knoxville Catholic High, Class of 1961 before completing his seminary at St. Bernard’s of Cullman, AL and St Mary’s of Baltimore, MD. He was ordained by the Bishop of the Diocese of Nashville in 1969. After his ordination, Fr. Kirk requested to be sent to St. Teresa Little Flower in Memphis during the civil rights movement to bring calm to the city and a place of peace. He also served at St. Joseph, Sacred Heart, Cathedral of Immaculate Conception, St. Mary’s, Savannah and St. Mary’s, Jackson. Thomas also served as Bishop Liason of Ecumenical Relations and most recently as Chaplain of Memphis Catholic High School. His dedication to the people was unmatched and he served the community in various capacities, helping establish schools and programs throughout the city. He also traveled extensively and his impact was felt abroad as well. He leaves a legacy of love and light and will be remembered for his dedicated faith to the Lord and the parishes and people he served. Thomas was preceded in death by his parents, Stephen L. and Anna Mae Billington Kirk; sister, Mary Kirk Bassett Montgomery and nephew, Ambrose Bassett. He is survived and will be deeply missed by his brothers Stephen L. Kirk. Jr. (Gerry), Joseph Billington Kirk (Helen), Father John L. Kirk, Philip Anthony Kirk (Suzanne); sisters, Anne Gallegos (Eloy), Joan Lyttle (Russ); 30 nieces and nephews; and other extended family and friends. Funeral Mass on Tuesday, December 28th at 2:00pm at the Most Sacred Heart of Jesus Cathedral, with Celebrant Fr. John Kirk and Concelebrants Father Martin Gladysz and Bishop Richard Stika. Visitation will be prior beginning at 1:00pm and will be livestreamed. A Funeral Mass at Cathedral of the Immaculate Conception and Interment at Calvary Cemetery in Memphis is being planned for January and will be announced promptly, as well as a Memorial Mass at St. Mary’s Jackson, TN. Rose Funeral and Cremation-Mann charge of Knoxville arrangements. Online condolences may be made at rosefuneraltn.com.

Monseigneur Thomas D. Kirk, age 78 of Memphis, TN, died on December 22, 2021 in his hometown of Knoxville, TN. Father Kirk was the Parish Priest of the Roman Catholic Diocese of Memphis for 52 years. He was a graduate of Knoxville Catholic High,... View Obituary & Service Information

Send flowers to the Kirk family.