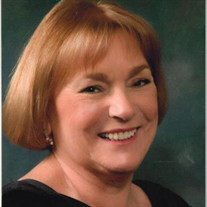 Phyllis Rose Clem Roberts Baer passed away May 10, 2021 at the Ben Atchley State Veterans Home from Alzheimer’s Disease. She was born February 26, 1938 in Elkmont, AL to Herman and Orion Irene (Grooms) Clem. She graduated from East High School of Knoxville, TN in 1956, and received a bachelor’s and master’s degree in music with an emphasis in choral music from the University of Tennessee. Phyllis taught music in the Knoxville City School System for 27 years. She taught students from first grade through High School, and particularly enjoyed the high school experience. She taught at numerous schools including East, Rule, and West High Schools where she took many students to All-State Choirs and directed her students in several musicals. She retired from teaching in 1986 to pursue a career in the U.S. Navy Reserves, which she had joined at the age of 36. She excelled in the Reserves and achieved the rank of Master Chief Petty Officer before retiring at 60 with nearly 24 years of service. During this time, she had several extended special active-duty assignments in Washington, DC, New Orleans, LA, Pearl Harbor, HI and Knoxville, TN. Phyllis loved music and sang in several church choirs including Macedonia Methodist, Bearden Methodist, West Hills Baptist and All Saints Catholic. She also directed and conducted the Bearden Methodist Church choir for five years. In addition, she was a member of the Knoxville Choral Society for 16 years where she made several overseas choral trips to Israel, Jordan, Italy, Ireland, France, and Belgium with the Society. She also served on the KCS Board of Directors for four years. Phyllis was preceded in death by her parents, Herman and Irene Grooms Clem, her five brothers and sisters, John Clem, James (Bud) Clem, Evelyn Clem Maples, Shirley Clem Tindell Hurst, and Carol Clem Faulkner, as well as her first husband, Ted Roberts, his parents, Louis and Evelyn Roberts and his brother, Glenn Roberts. Phyllis rediscovered love gained additional family as well as grandchildren when she remarried in 2006. She is survived by her husband, Thomas Baer, her three sons, Louis Roberts (Cardy Spaulding) of Silver Spring, MD, Colby Roberts (Katherine) of San Francisco, CA, and Kevin Roberts (Tara) of Johnson City, TN, stepdaughter Kathleen Stovall (Jerry) of La Grange, KY, three step grandchildren Jerry Stovall (Jessica) of Groton, CT, Jace Stovall and Hannah Stovall of La Grange, KY, numerous well-loved cousins, nieces, and nephews, as well as the many students she inspired throughout her career. Visitation is at Rose Funeral and Cremation - Mann, 6200 Kingston Pike, 37919 from 5:00 to 7:00 pm on Friday, May 14. A funeral mass will be celebrated at All Saints Catholic Church, 6200 N Cedar Bluff Rd, 37923, at 10:30 am on Saturday May 15 with entombment at 1:00 pm at Highland Memorial Cemetery. In lieu of flowers the family requests memorials to either the Knoxville Choral Society or The Joy of Music School. Arrangements by Rose Funeral and Cremation - Mann. Online condolences may be made at www.rosefuneraltn.com.

Send flowers to the Baer family.