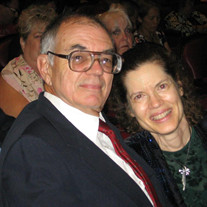 Roy Kerby Bird, 78, a man of many extraordinary interests and talents, died of complications from cancer and heart disease on April 14, 2022 at the Beverly Park Rehabilitation Center in Knoxville. He was born in May, 1943 to Roy S. and Virginia... View Obituary & Service Information

Roy Kerby Bird, 78, a man of many extraordinary interests and...

Customized sympathy cards. Mailed for you.