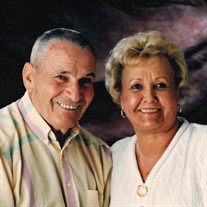 Shelton M Hastings, one of the last of The Greatest Generation to serve on active duty in World War II, died at the age of 94 on April 22, 2021. Born in Flintville, TN in 1926, he moved to Knoxville at a very young age. He grew up in South Knoxville near today’s Ijams Nature Center, lived most of his adult life in Powell, and lived his final years in West Knoxville. Shelton attended Stair Technical High School as a machinist. At age 16 he enlisted in the Navy, later joking that the Navy didn’t care whether he was underage since he had critical skills. Notwithstanding, he served primarily in sonar and communications. There was just never a tool or electronics device that he could not master in short order. He served on the USS Gunason, a destroyer escort, in the North Atlantic, Mediterranean, and Pacific. When asked, he readily reminisced about negotiating with local police while on shore patrol so he could escort shipmates back on board who might otherwise have been arrested, or about being caught in a South Pacific typhoon in a violently pitching “tin can”, or.... He was a very proud Navy veteran and thoroughly appreciated the opportunity to have participated in an Honor Air trip to Washington, DC with his fellow veterans. After discharge he was employed under the GI Bill as a management trainee at the Meade and Ross quarries in South Knoxville. Many years later, he became a resource for and participant in the documentary film “Quarry Project - Tennessee”. Shelton spent thirty-two years at Y-12 and retired as a machinist supervisor. In addition to working on nuclear weapons, his crew built the box that carried the Moon rocks back to Earth as he proudly pointed out during a family tour of the Smithsonian Air and Space Museum. During his years at Y-12 he also constructed from scratch the family vacation home on Norris Lake and enjoyed countless hours of fishing for the rest of his life. He was also a long-time devotee of crossword puzzles and worked the NY Times puzzle every day. In every way, Shelton enjoyed a long, happy, and productive life. The love of his life, Rowena Hammock Hastings, predeceased him after 71 years of marriage. His daughter Donna Kay Latham and his best fishing buddy Jerry Latham also predeceased him. He is survived by his daughters Carol Houser (Sandy) and Sharon (Sherry) Van Beke (Charles), grandchildren Mickey Houser, Jamie Williams, and Gretta Leathers, and eight great grandchildren. The family will receive friends on Tuesday, April 27 from 12:00 – 2:00 pm at Rose Funeral and Cremation – Mann. Following the visitation, the family and friends will leave Rose Funeral and Cremation – Mann and proceed to Woodlawn Cemetery, 4500 Woodlawn Pike, Knoxville, TN 37920 for a 3:00 pm Graveside service with Kelly Lane officiating. Full Military Honors will be presented by the US Navy and the East Tennessee Veterans Honor Guard. In lieu in flowers, family requests memorials may be made to Vietnam Veterans of America, Chapter 1078, P.O. Box 50054, Knoxville, TN 37950. Online condolences may be made at www.rosefuneraltn.com. Arrangements by Rose Funeral and Cremation – Mann.

Shelton M Hastings, one of the last of The Greatest Generation to serve on active duty in World War II, died at the age of 94 on April 22, 2021. Born in Flintville, TN in 1926, he moved to Knoxville at a very young age. He grew up in South Knoxville... View Obituary & Service Information

Shelton M Hastings, one of the last of The Greatest Generation...

Send flowers to the Hastings family.