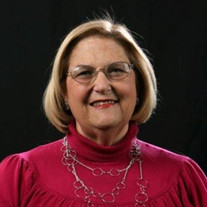 Her light will live on, but Sherri Gardner Howell, 67, of Knoxville transitioned from this Earth on Tuesday, March 15, 2022, in Kingston, Jamaica. Born Cheryl Diane Gardner on May 18, 1954, in Mobile, Alabama, Sherri was a world traveler by the age of 2, as her U.S. Air Force captain father was stationed at the airbase in Berlin, Germany. She and her parents, Mack and Frances Gardner, and baby brother Tim returned to the States and settled in Charleston, South Carolina, when she was 5. Tragedy struck a few months later when her father died in an airplane crash in Central America, and her mother moved Sherri and Tim to her hometown of Lexington, Tennessee, where they were surrounded by a large and close extended family. Sherri came to Knoxville to major in journalism at the University of Tennessee. Even before graduating in 1976, she was already working for the Knoxville News Sentinel, then an E.W. Scripps property. She spent most of her career with Scripps, as a writer, editor, columnist and publisher. As assistant managing editor at the News Sentinel, Sherri oversaw community and local content for nine feature sections each week, including entertainment, food, lifestyle, travel, family and arts sections. She left the News Sentinel to become publisher of a new weekly community newspaper in Blount County – Blount Today – in August 2004 and stayed there until the paper was closed in October 2011. She then started her own shop, SGH Enterprises, specializing in magazine features, personal writings and editing. Her concentration was always feature and magazine writing with a personal touch. As sole proprietor of SGH Enterprises, she assisted small businesses and nonprofits with business management and communication issues and wrote for various magazines and community news websites. She started writing a family-based column in 1988. For the past five years, her column has appeared weekly on the community news website KnoxTNToday. Sherri was chosen to write a chapter in the book “Tennessee Women of Vision and Courage,” which won the 2014 Award of Distinction from the East Tennessee Historical Society. She won numerous journalism awards through the years and was named winner of the YWCA Tribute to Women Award in its inaugural year, 1985, in the Arts category. In 2017, she was inducted into the East Tennessee Writers Hall of Fame for nonfiction writing. As publisher of Blount Today, she and her team received the Blount Chamber of Commerce Small Business of the Year Excellence Award. Her nonprofit work had her serving on committees and boards of numerous organizations. In recent years, Sherri served as campaign chairman of United Way of Blount County, as a board member of the Pellissippi State Community College Foundation, as a board member of The Hearing and Speech Foundation and as marketing and business manager of the nonprofit AMENSupport (American Multiple Endocrine Neoplasia Support). Sherri is survived by her husband of 44 and a half years, Neville, of West Knoxville; sons Trey (Kinsey) of Nashville and Brett (Olivia) of Seattle, Washington; grandsons King Howell of Nashville and Cohen Wilburn and Gardner Howell of Seattle; brother Tim Gardner (Tina) of Lexington, Tennessee; and nephew Mack Gardner (Kelley) of Hattiesburg, Mississippi. Sherri leaves many friends, especially Michelle Brewer, Sheree Crosley, Virginia Graves, Linda Hageman and Meg Retinger; her beach family David and Amy Melendy; and numerous colleagues from the Knoxville News Sentinel and Blount Today. Daughter-in-law Kinsey paid tribute to the beloved GiGi: “Sweet Sherri, the best GiGi our precious King could ever ask for, I will always remember the look on both of your faces every single time you saw each other. Pure joy. Two peas in a pod. You have shown our family how to love each other unconditionally, and that will carry us through the times we must live here without you. I love you and will always cherish the mark you left on my life.” In lieu of flowers, the family suggests donations to AMENSupport, 1027 Hampshire Drive, Maryville, TN 37801; Helping Mamas Knoxville, 121 S. David Lane, Suite 1, Knoxville, TN 37922; and/or The Hearing and Speech Foundation, 1619 E. Broadway Ave., Maryville, TN 37804. Gifts also may be made to Pellissippi State’s Blount County General Scholarship in memory of Sherri Gardner Howell at https://pellissippistatefoundation.org/give/ or by check mailed to Pellissippi State Foundation, P.O. Box 22990, Knoxville, TN 37933, with “Sherri Gardner Howell” in the memo. A Celebration of Life will take place at 5 p.m. Friday, April 1, at Central Baptist Church of Bearden https://centralbearden.org, 6300 Deane Hill Drive, Knoxville, TN. Chris and Libby Phillips of Journey Point Church in Denver, Colorado, will officiate. Receiving of friends will immediately follow the service. A private interment will be held at Pleasant Forest Cemetery, 401 Concord Road, Farragut. Rose Funeral and Cremation-Mann is serving the family. www.rosefuneraltn.com

Her light will live on, but Sherri Gardner Howell, 67, of Knoxville transitioned from this Earth on Tuesday, March 15, 2022, in Kingston, Jamaica. Born Cheryl Diane Gardner on May 18, 1954, in Mobile, Alabama, Sherri was a world traveler by... View Obituary & Service Information

Her light will live on, but Sherri Gardner Howell, 67, of Knoxville...

Customized sympathy cards. Mailed for you.