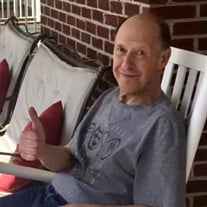 LANE, STEVEN PATRICK – age 79 of Knoxville died December 24, 2020 at home. Steve was born November 5, 1941 in Knoxville. He graduated from West High School in 1959 and the University of Tennessee in 1964 with a B.S. in Business. A proud veteran of the U.S. Navy, he served as a U.S. Naval Officer at the Naval Air Station in Norfolk, VA from 1965-1968. After a brief stint as a special agent in the Naval Investigative Service in San Diego, Steve began work with Aetna Casualty and Surety San Diego before returning to Knoxville in 1970 where he studied Wild Life Management at the University of Tennessee until he had just about all he could take of searching for Red Wolves, studying Prairie Vole territory, and traveling around with a trunk load of mouse traps. He was never quite the same after he was bitten and was always late to work after a full moon. An avid handball player for over 50 years, Steve also loved hiking in the Smoky Mountains, trips to the beach, and college football. After 24 years working for the state of Tennessee in various positions, he retired in December, 2001 from Lake Shore Mental Health Institute where he most recently worked as Director of Human Resources. He is preceded in death by his father, Derrill Leonard Lane, his mother, Dorothy Kathleen Henry Lane, and his brother, David Michael Lane. Survivors include nieces Sally McDonald Lane, Knoxville; Mary Lane DeChellis, Fort Worth, and Margaret Ann Lane Egli, Knoxville; cousin, Gail Willis Beeler and Teena Mynatt Allison; and numerous great nieces and nephews. Steve was never one to enjoy a big crowd, so a small memorial service is being planned for friends and family at a later date. Online condolences may be made at www.rosemortuary.com. Arrangements made by Rose Mortuary Mann Heritage Chapel.

The family of Steven Patrick Lane created this Life Tributes page to make it easy to share your memories.

Send flowers to the Lane family.