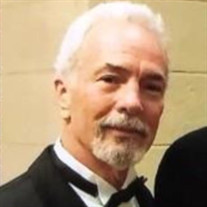 Thomas Joseph Benton, age 66, passed from this world on December 15, 2021. Tommy was born on June 10, 1955, in Knoxville, Tennessee. Growing up in Knoxville, Tommy attended First Presbyterian Church. He graduated from West High School and received his Bachelor of Science in Business from the University of Tennessee. He began work at Bondurant Brothers, his grandfather’s business, then changed careers to enter the investment business, following in his father’s footsteps. After procuring his securities licenses, Tommy moved to Houston, Texas where he spent two years with the Rotan Mosle investment firm before spending a year in California with another advisory firm. Knoxville beckoned and he moved home to once again work for Bondurant Brothers in an effort to reorganize and transform the electronics distributor. After that, Tommy began his career in real estate, buying, selling and renovating single-family homes, then later working with his father’s company, American Apartment Management Company, in the affordable housing industry which is where he focused all his efforts the last several years. He met and later married his loving wife Laura in June of 2004. There was never a dull moment around Tommy, as his family, many friends and acquaintances throughout his life will attest to. From his early youth of creating chaos in Sequoyah Hills to playing hockey at the Ice Chalet to riding and wrecking motorcycles and dirt bikes to later bicycling in different places around the world, Tommy was always seeking adventure. Best known for his ability to survive numerous accidents which resulted in many broken bones, hospital stays and titanium pieces, he was blessed to have “nurse” Laura by his side. Tommy was always the center of attention wherever he went and was loved and cherished by so many. He never met a stranger and his long list of friends and acquaintances abundantly reflected that attribute. Tommy’s favorite pastimes were cycling, traveling with Laura, boating on the lake, weekend RV excursions, “Bored” meetings on Friday nights with his buddies, and enjoying Laura’s amazing home-cooked meals. Tommy was preceded in death by his parents, Fred D. Benton and Martha Bondurant Benton Smith; grandparents, Thomas J. and Ruth Bondurant, and Caroline and Fred Benton, Sr. He is survived by his loving wife, Laura Smith Benton; step-mother Kathy Benton; sister Sara Yoakley (Doug); step-sister Laura Kirkham (Scott), and several step-brothers and sisters; nephew Taylor Yoakley (Allison); two nieces Jordan Sanders (Houston) and Meagan Yoakley; and 3 great- nephews. Private family interment at Highland Memorial Cemetery. The Memorial Service is at First Presbyterian Church, 620 State St., on Friday, January 14th at 12:00pm. In lieu of flowers, donations may be made to the The Helen Ross McNabb Center, Young-Williams Animal Center, Habitat for Humanity or the charity of your choice. Arrangements by Rose Funeral and Cremation - Mann. Online condolences may be made at rosefuneraltn.com.

Thomas Joseph Benton, age 66, passed from this world on December...

Send flowers to the Benton family.