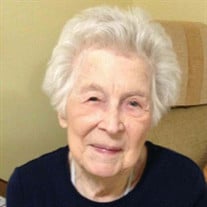 Virginia Browning Smith Acker, age 92, of Knoxville passed away on Tuesday, August 31, 2021 at NHC Cavette Hill Assisted Living. She was born January 22, 1929 in Carthage, TN. She was a 1946 graduate of Smith County High School. She graduated from the University of Tennessee (Knoxville) in Music Education in 1950, the year she married Dr. Robert E. Acker (Bob) of Knoxville. She was an active member of Central Baptist Church of Bearden, having been a Sunday School teacher, choir member, and children’s choir director. Prior to joining Central Baptist Bearden she was active at Fifth Avenue Baptist Church and First Baptist Church Carthage, TN where she served in similar roles. Her interests, other than family, included Bible Study, Belmont West Garden Club, and especially music. She enjoyed sharing her musical talents on the piano, organ, xylophone, vibraharp, and glockenspiel. She was a supporter of Second Harvest and the Joy of Music School. She was a member of the Tennessee Rose Society, as well as PEO chapter J, where she was honored as a 50+-year member. She was preceded in death by her husband of 65 years, Dr. Robert Edwin Acker (Bob), and her parents, James Riley Smith and Nell Browning Smith of Carthage, TN. She is survived by her daughters: Catherine Clippinger and husband Lance of Mason, Ohio; Carol McCold and husband Lance of Knoxville; Barbara Brock and husband Mark of Jefferson City. Grandchildren: Amy and husband Mike Bowen, and Sarah and husband Greg Schulte; Cora, and Cliff and wife Nicole McCold; Shadden and Ben Brock. Sister, Cornelia Brown and husband Paul of Edmond, OK; and Brother, James Cecil Smith and wife Joan Kinzalow of Sevierville. Many nieces, nephews and cousins. Arrangements will be by Rose Funeral and Cremation - Mann. Interment will be private. In lieu of flowers, the family requests that memorials in Virginia’s name be made to either Central Baptist Church of Bearden designated for “missions”, at 6300 Deane Hill Drive, Knoxville, TN 37919, or Joy of Music School, 1209 Euclid Avenue NW #1, Knoxville, TN 37921. Online condolences may be made at www.rosefuneraltn.com.

Virginia Browning Smith Acker, age 92, of Knoxville passed away on Tuesday, August 31, 2021 at NHC Cavette Hill Assisted Living. She was born January 22, 1929 in Carthage, TN. She was a 1946 graduate of Smith County High School. She graduated... View Obituary & Service Information

Send flowers to the Acker family.