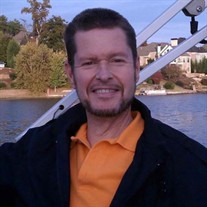 Age 69, of Alpharetta, GA passed away on April 18, 2021. Born and raised in Knoxville, TN, he graduated from Middle Tennessee State University with a B.S. in Aviation Administration. He is survived by his niece and nephew in law, Elaine & John MacDonald; great nieces and great nephew Caroline, Rosie & Bo MacDonald; brother in law Bob Marquis; numerous cousins, a legion of faithful friends, and Charlie the German Shepherd. He is preceded in death by his parents, Dr. & Mrs. William A. Nelson, IV; and sister, Gloria Nelson Marquis. Alex was a 26 year veteran of Delta Airlines, serving as Captain of the Boeing 767 at the time of his retirement. He had a lifelong love of aviation and owned and operated Nelson Aviation prior to joining the ranks at Delta. Known to his friends as The Captain and his family as Unkie Ozzie, Alex was a one of a kind personality who lived life to its fullest. He loved fast cars, his antique Thunderbird, good cigars and overly complicated technology. He was a wicked pool player who competed in national tournaments and was known to hustle the unsuspecting from time to time. A lifelong Tennessee Vols fan, he was always convinced that the next season would be their return to greatness and glory. In his teen years, Alex headed up the band Sir Alex and the Absolutes and served as the drummer. He was an avid reader, a curious seeker of knowledge. He loved sailing and boating in all forms, particularly at his home on Lake Windward. Alex was a founding member of the Lake Windward Yacht Club, and served on its board of directors. He was an integral part of life in the community of the Spinnakers and Windward as a whole, where he was a 33 year resident. Alex threw legendary parties that were known far and wide, Derby Day being his signature annual event. His wardrobe was the stuff of legend, with themed suits for every holiday and occasion, complete with coordinating socks. Above all else, Alex was an exceptionally caring and considerate person who would go out of his way to help anyone. Alex was exceedingly generous with his time and energy and loved his family and friends (his chosen family) deeply. His final act of generosity was serving as an organ donor. A dear friend said it best, “His biggest fear – his heart – turned out to be his biggest strength. Alex lived in the moment with all his heart.” He is greatly missed by all who knew him. A private burial in Knoxville will be followed with a celebration of his life in Alpharetta in the coming weeks. In lieu of flowers, donations may be made to the Salvation Army, the American Heart Association or the charitable organization of your choice. Arrangements by Rose Funeral and Cremation - Mann. Online condolences may be made at www.rosefuneraltn.com.

Age 69, of Alpharetta, GA passed away on April 18, 2021. Born and raised in Knoxville, TN, he graduated from Middle Tennessee State University with a B.S. in Aviation Administration. He is survived by his niece and nephew in law, Elaine & John... View Obituary & Service Information

Send flowers to the Nelson, family.