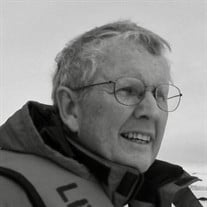 On December 23, 2021, William Kinnison (Bill) Lakenan, Jr. departed for his heavenly home surrounded by his devoted family after an extended illness. He is survived by Kae, his wife of 59 years, son Bill, daughter Lane, grandson Lake, sister Gloria, nephews Jeff and Craig Davis, and Michael Gilmore and nieces Denise Wilson, Jean Ward, Kim Gay, Leanne Pedraja and their families.Bill was preceded in death by his parents, his sister Peggy Davis, his niece Debbie Witt, his son-in-law Tom Freeman, and his brother-in-law Dow Gilmore. Bill was born August 2, 1941 in Perryville, Missouri to Ruby Nelson Lakenan and William Kinnison Lakenan, Sr. He graduated from Perryville High School and Georgia Institute of Technology ’63, where he earned a Bachelor’s of Science in Industrial Engineering and as a member of the Beta Theta Pi Fraternity. Bill and Kae moved to Knoxville, Tennessee in 1964 where he began his career as a salesman with the Trane Company. In 1970, he founded ARC, Incorporated—a manufacturer’s representative and service company for HVAC equipment. Bill was a longtime member of First Presbyterian Church where he served as a deacon, taught children’s Sunday School classes and was President of the James Park Class. Bill was an Eagle Scout and served as a troop leader for the Sea Scouts of Knoxville. He also coached recreation league baseball and basketball in the Rocky Hill Area. He was a proud Georgia Tech Alum and steadfast contributor to Tech’s Alexander Tharpe Fund. He served on boards of the Alzheimer’s Association and the Racquet Club. Bill was an avid traveler and dreamed of setting foot on every continent. He fulfilled the goal with a visit to Antarctica in 2008. A loyal fan to his teams, he also enjoyed trips to the World Series to cheer on the Cardinals and to the final four for his Yellow Jackets. A member of Cherokee and Mountain Air Country Clubs, Bill enjoyed tennis, golf and an occasional card game with his friends. A Memorial service will be held at First Presbyterian Church of Knoxville at 11:00 a.m. on Saturday January 8, 2022. Receiving of friends will follow in the Church Fellowship Hall. The Memorial service will be available for live viewing at www.fpcknox.org. Honorary pallbearers include Craig Belitz, Kirby Ellis, Lewis Foster, Bill Greer, Tim Keller, Joe Mont McAfee, Tommy Overton, Bill Thomas, David Whitehead and all the surviving members of the James Park Class. For those wishing to send memorial gifts in Bill’s honor, please consider First Presbyterian Church of Knoxville or your charity of choice. Online condolences may be made at rosefuneraltn.com.

Send flowers to the Lakenan family.