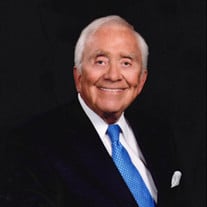 On August 2, 2021 William F. Regas (Poppy) of Knoxville, TN went to be with Jesus. Bill was at home and had been surrounded by family. Born in 1929, Bill was a graduate of Tennessee Military Institute, University of Tennessee, and served in... View Obituary & Service Information

Send flowers to the Regas family.